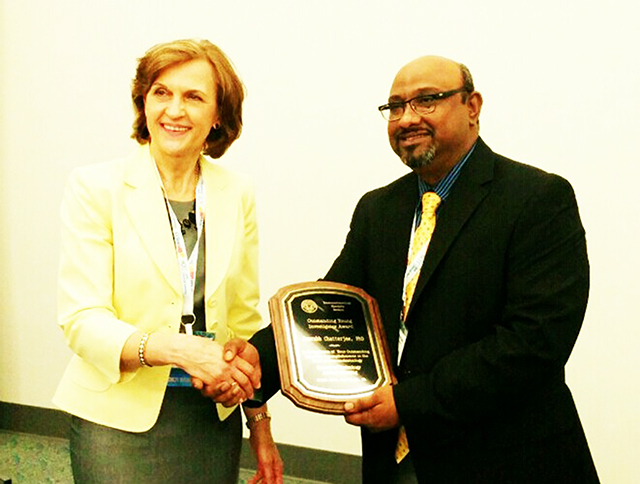 Dr. Saurabh Chatterjee has been declared to be the 2015 recipient of the “Outstanding Young Immunotoxicologist” award, a major milestone in his career. The immunotoxicology specialty section of the Society of Toxicology recognizes young scientists who are within 10 years of their Ph.D.in the field of Toxicology and have significantly contributed to the field . His nomination was extremely well received and appreciated by the ITSS committee.
The Society of Toxicology will recognize his contributions as an early career scientist, with special recognition for his contributions in immunotoxicology, with an award at the Immunotoxicology Specialty Section Reception on 24th March at the Convention Center in San Diego.

View all posts by: admin